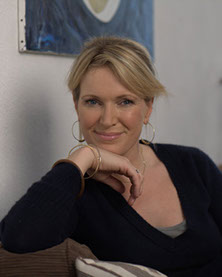 Rachel Allen is a professional cook and busy mother. She lives by the sea in East Cork with her husband and two young children.

Rachel writes a weekly article for The Sunday Tribune newspaper. She contributes articles on an ongoing basis to Magazines such as, Delicious, BBC Good Food Magazine and AWT at Home among others. Rachel is currently writing her next book, which will also be accompanied by a television series.