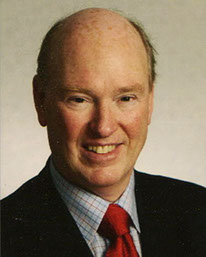 I am a news and features journalist now specialising in food especially in Northern Ireland.

Based in Belfast, I contribute to a range of newspapers and magazines including The News Letter, Belfast Telegraph, Irish News, Business Eye, Farm Week, Farming Life, Ulster Grocer and Hospitality Review Northern Ireland on developments in food and drink such as artisan start-ups, export successes and nutrition.

My regular contributions include a weekly page on artisan food businesses in the News Letter, a monthly two-page feature in Business Eye magazine, and a full page on food businesses in Farm Week. I also launched a weekly cookery section in Farm Week which gives local artisan producers the opportunity to have recipes featuring their products and those of other local producers published.

My background is journalism stretches back over 25 years and includes senior editorial posts such as News Letter (Editor) and Today (Ireland Editor).

I have been involved in food journalism for around 15 years and have provided material on food and drink under contract to the former Industrial Development Board for Northern Ireland, Invest Northern Ireland and Tourism NI.

I have been a judge at the UK Great Taste Awards and Blas na hEireann.