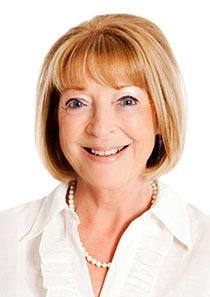 We were deeply saddened by the passing of our fellow Guild member, food writer, life-long ambassador for Irish food and, not least of all, our friend, Biddy White Lennon.

We’d like to share the following thoughts and memories of Biddy from fellow Guild members by way of remembering this great woman whom we were all lucky to have in our lives.

“Biddy White-Lennon was a one-off. She was the personification of joyous enthusiasm, intelligent curiosity, wonderful gossip and generous kindness to others, allied with an impish sense of humour, which enlivened the many gatherings in which she was involved.

She was best known for years as a very popular actress – television seemed to have been invented for her. But for those of us fortunate enough to have known her best in her second and very fulfilling career as one of Ireland’s leading food and cookery experts, a much more complex and perhaps even more entertaining Biddy White-Lennon emerged.

While she never lost all the trappings of her earlier theatrical life, a more complete personality emerged with the fresh development of her childhood interest in food and hospitality. And not only was she someone who was thoughtfully concerned about the environment, but she was determined that we should make the best of what it could sustainably produce.

Happily, her skill in the kitchen was matched by her writing ability, and her talents as a communicator were used for everyone’s benefit. But as the Irish food industry developed and became more complex, she became concerned that some of the more aggressive producers were quite prepared to exploit the fact that the then-small number of food writers in this country were vulnerable to exploitation in their solitary pursuit.

To combat this, she played a key role as a Founding Member of the Irish Food Writers’ Guild in 1993, and subsequently – with terrier-like determination when needed – served on the committee for many years and filled several positions, which saw the new organisation grow steadily until now; it is quietly yet effectively influential in all sectors of our food industry and media.

It was serious work bringing the Guild to its present position of wide acceptance. But of course, with Biddy involved it was fun too – no meeting or research trip with Biddy White-Lennon among those present was ever dull. And her generous kindness to people at times translated itself into friendships of a very special kind. She was one of those wonderful friends whom you might not see for days or weeks or even months, yet when you met up again it was as though you’d been having a wonderful time together only a day or two previously, and the laughter flowed.

Our thoughts are with her family in their sad loss. We hope that they are consoled, as are her many colleagues and friends, by the happiest memories of Biddy in her exuberant prime, when she truly was one of Ireland’s great life-enhancers.” – Georgina Campbell, President, Irish Food Writers’ Guild

“A true original, Biddy White Lennon was one of the most dynamic, dedicated and beloved members of the Irish Food Writers’ Guild. I had the great pleasure of working closely with Biddy for much of the last decade, particularly on the annual IFWG Food Awards to which she was exceptionally committed, for many years crafting the citations about each of the wonderful Irish food and drink producers and practitioners that these awards honour.

Biddy gave so much to the development of Irish food over the years, through her knowledgeable writing and broadcasting work as well as her great commitment to Slow Food and to the Irish Food Writers’ Guild, of which she was and will always remain an integral part. Quick-witted, fantastic fun and ever energetic, she will be hugely missed by so many in the world of Irish food.

“RIP Biddy and thanks for all the laughs and for the continuing inspiration.”

Aoife Carrigy, Chair of the IFWG

“She was my best friend.”

“Ireland’s food community has lost one of its greatest. Farewell to the effervescent Biddy White Lennon. Warm and witty, her humour, knowledge and kindness made her one in a million.”

“Biddy was an incredible woman, so dedicated to promoting Irish food. She will be missed.” –

“A light has gone out. Rest in peace.”

“Biddy led a full life. It’s not only Miley who will miss her.”

“I was so very sad to hear that Biddy has died. Her light-hearted attitude and wit always made me smile.”

“Farewell Biddy White Lennon. I will miss your great wit and wisdom and your many thoughtful kindnesses to me. Ireland has lost a fearless advocate of real food. She spoke truth to power wherever she went with disarming charm. It’s so hard to say goodbye.”

“I only got to know Biddy a little in the last few years, but I was honoured to receive a wonderful recipe from her for GROW COOK EAT (see opposite). She also gave a great talk on foraging at the GIY Gathering in 2013, shortly after her book on foraging, Wild Food, (with Evan Doyle) came out. I was lucky to sit beside her at the Guild Food Awards dinner and it was the first time I’d ever talked to her properly – she was full of divilment and so knowledgable about food.”

“Biddy always had amazing energy when discussing Irish food and its producers – her passion knew no bounds. She was really supportive of all food writers and our work; she saw the importance in networking and supporting each other, the fact she was a founding member of the Guild is a testament to this. She was also just great craic! She had sharp wit and told it like it was, she would always make people laugh. She will live on in our cherished memories, stories told and through the work of the Guild.”

Catch a glimpse of Biddy’s spirit with these videos: