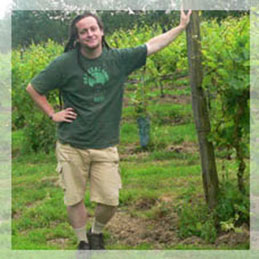 Since February 2005, Oliver Moore has written a weekly column on organic food and farming for the Irish Examiner, a newspaper to which he also contributes regularly on a range of agri-food issues. These features often cover topics such as artisan farming and/or food businesses, value-adding and direct selling. He writes the Behind the Label column for Food and Wine magazine, where he scrutinizes specific foods for hidden, less palatable truths.He contributes to each edition of Organic Matters magazine, mainly on the connections between food and various socio-cultural, political and environmental variables. On line, he contributes an organic food feature to each edition of the Glenisk moosletter, and run his own lively and informative blog: http://olivermoore.blogspot.com. This features over 200 articles about food and farming issues, mostly related to organics.

Oliver Moore also has a PhD in the sociology of farming and food: his research explored issues relating to trust, identity and social movements with regard to organic fresh fruits and vegetables sold at farmers’ markets in Ireland. He is published in both food and farming academic peer reviewed journals: the  International Journal of Consumer Studies and the International Jounral of Agricultural Resources, Governance and Ecology. Along with the international publications, he has presented his research findings at conferences in many European countries as well as in Ireland.

Apart from journalism and feature writing, he also does research and development work, network co-ordination, product development, report writing and public relations work. Clients here include the Department of Agriculture, Fisheries and Food (including Bord Bia); the National Organic Training Skillsnet; the Greenbox, IOFGA (the Irish Organic Farmers and Growers Association), the Harvest Feast Festival and the All Ireland Farmers’ Market Competition.

He has appeared as an expert guest on various radio stations (Newstalk, RTE Radio 1, 4fm)  and TV shows, including Ear to the Ground and Nationwide.

Occasionally he is called upon as a judge for food competitions. Unsuprisingly, he often takes up these offers.