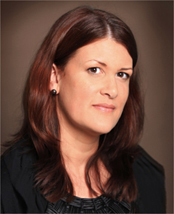 Orla Broderick is a freelance food writer who lives in Dublin with her husband Derek and two children.

After a degree in Home Economics, she worked as a writer for BBC Good Food magazine for five years before deciding to specialise in creating recipes and preparing food for television.

In addition to this she has written several cookbooks as well as working with a number of high profile chefs on their own publications, including Ainsley Harriott, Anthony Worrall Thompson, Kevin Dundon, Nevin Maguire and Paul Flynn. Orla is also a contributing editor to the Bridgestone Irish Food Guides.