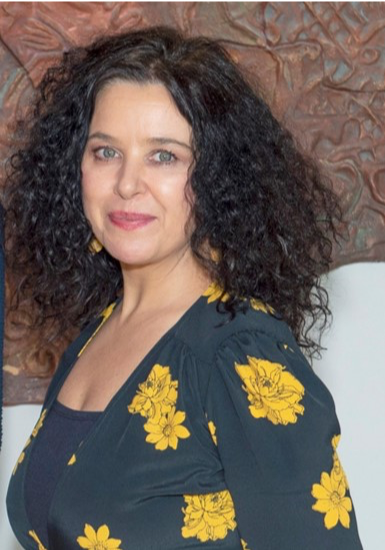 Regina Sexton is a food and culinary historian, food writer, broadcaster and cook. She is also a graduate of Ballymaloe Cookery School holding a Certificate in Food and Cookery. She is the Programme Manager of UCC’s Post-graduate Diploma in Irish Food Culture. In 2018, Regina in collaboration with the Allen family of Ballymaloe House, established the Myrtle Allen Memorial Lecture, which will be held on an annual basis in UCC. In the same year, she also recognised the cultural significance of Myrtle Allen’s archive of papers and she was instrumental in acquiring the archive for UCC’S Special Collections in the Boole Library.

Regina has been researching and publishing in the area of Irish food and culinary history since 1993. Her research interests include food and identity, food and tradition and food and the Irish country house. She has published widely at academic and popular levels. Her publications include A Little History of Irish Food (Gill & Macmillan, 1998) and Ireland’s Traditional Foods (Teagasc, 1997). Regina holds a post-graduate degree from the Department of History, University College, Cork and a Certificate in Food and Wine from the Ballymaloe Cookery School (2002).

Regina has contributed to the Royal Irish Academy’s 2015 publication Food and Drink in Ireland and to the award winning Atlas of the Great Irish Famine published by Cork University Press in 2012. Her most recent publication is  ‘Elite Women and their recipe books: the case of Dorothy Parsons and her Booke of Choyce Receipts all written down wth her owne hand in 1666’, Women and the County House in Ireland and Britain, (Dublin, Four Courts Press, 2018). Her research on Irish sea and coast food is forthcoming with the Atlas of the Irish Coast (Cork University Press, autumn, 2020).

Regina has worked as food history consultant with Bord Bia, Teagasc, Fáilte Ireland, RTÉ and the Irish Heritage Trust. She has worked as historical food stylist for a number of television productions including ‘The Big House’, a Big Mountain Production Limited production for TV 3, 2013 and ‘Lords and Ladles’, a Mind the Gap Films production for RTÉ 1, 2015. In 2013 and 2014, she was an invited contributor from UCC to the Ballymaloe Literary Festival where she hosted a number of conversations and workshops and presented on the ‘Early Food Writings of Myrtle Allen’.

At University College Cork, she lectures in the area of food history with the School of History, the Food Industry Training Unit and Adult Continuing Education. She is also the co-ordinator of the Food Writing module for the MA in Creative Writing with the School of English, UCC. Regina is committee member of the Agricultural History Society of Ireland. She was also a member of the judging panel for Food & Wine magazine’s annual food and wine awards from 2012 to 2018.  In December 2019, Regina was one of three recipients (along with Chad Byrne and Conor Spacey) of the McKennas’ Food Person of the Year Award for her work on Irish food culture and heritage.