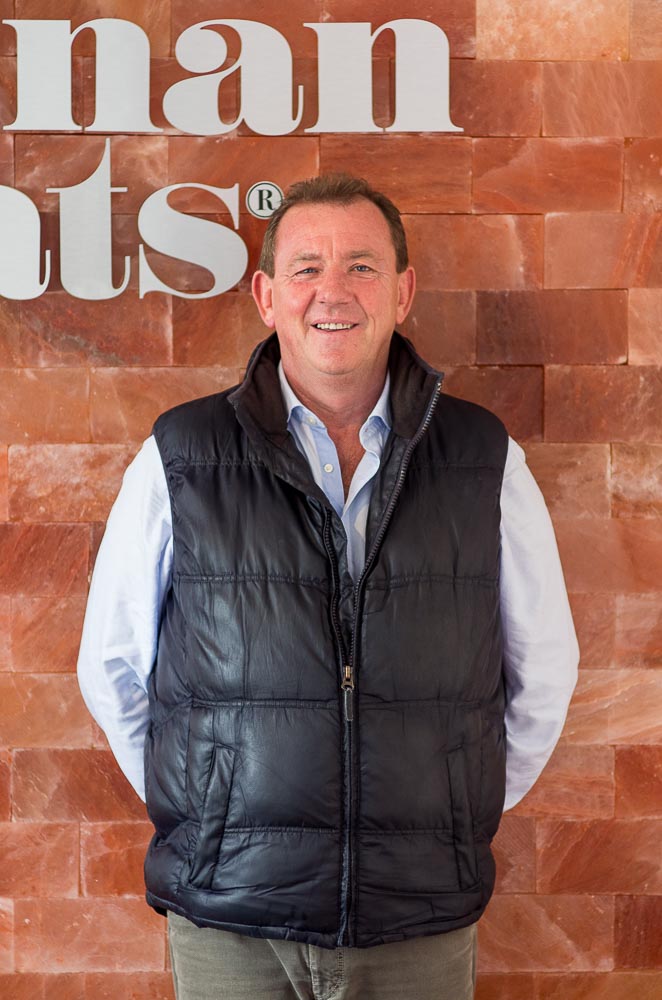 Peter Hannan, managing director of multi-award winning Hannan Meats, has been awarded an MBE for his outstanding contribution to economic development in Northern Ireland. No stranger to the denizens of the Irish Food Writers’ Guild, Peter was presented with the Guild’s Lifetime Achievement Award in 2019 in recognition of his continued work as one of Ireland’s most dedicated and highly respected food champions.

Founded in Moira, Co. Armagh in 1989, Hannan Meats is a major supplier of premium quality beef, pork and lamb to restaurants and hotels throughout the UK and Ireland and further afield. The company pioneered the use of Himalayan salt-aging for its meats and currently operates the world’s biggest Himalayan salt chambers. It has won a series of international awards for the quality and taste of its beef, bacon and lamb, and has been twice-named the Great Taste Awards Supreme Champion. The company also pioneered the development of a novel sugar-pit process for enhancing the flavour of pork, ham and bacon.

The company works closely with local farms, especially Glenarm in Co. Antrim, on the development of the shorthorn herd and, through its subsidiaries En Place Foods in Cookstown and Craic Foods in Craigavon, it has also developed a range of sauces, relishes and vinegars to accompany its meats. It also continues to work with other smaller food companies on the development of innovative products.