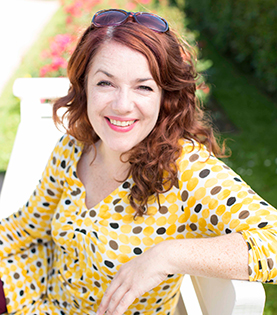 Former Chair and Secretary of the Irish Food Writers’ Guild, and current wine and drinks columnist for the Irish Independent’s Weekend Magazine, Aoife Carrigy is a freelance journalist and editor specialising in food, drink and travel with a strong interest in culture and the arts. She is currently conducting postgraduate research at the National Centre for Franco-Irish Studies, focussing on ‘Cultural Representations of the Irish Pub’ to explore the place of the pub in Irish culture at home and abroad.

Building on many years of front-of-house experience in hospitality to develop her specialisation in food, drink and travel writing, editing and consultancy, Aoife has maintained a strong profile within the Irish food, beverage and hospitality industries. She has reviewed restaurants since 2002 and is a judge for various industry awards and a regular contributor to national newspapers and magazines, including The Irish Independent, FOOD&WINE Magazine, The Business Post, The Irish Times, CARA Magazine and Image Interiors, where she was previously Wine & Drinks Editor.

She has been employed as an industry expert by government bodies such as Fáilte Ireland, Bord Bia as well as on a consultancy basis with various commercial retailers including Value Retail (Kildare Village). Aoife is an experienced public speaker, and has chaired and contributed to food-focussed panel discussion events and television broadcasts. She launched an events-focussed food blog, HolyMackerel.ie, in 2011 and partnered with Great Irish Beverages in 2015 to establish the inaugural Dublin Wine Fest and the Fáilte Ireland-sponsored Irish Cider & Food Day.