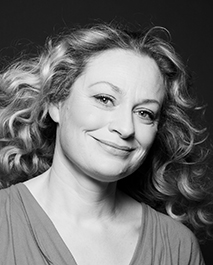 Jillian Bolger is a freelance editor and award-winning journalist specialising in food and travel writing.

A former editor of Food & Wine magazine (1999-2003) she has been the editor of Irish Brides magazine since 2006 and writes a weekly column and food page for The Herald (formerly The Evening Herald). She also writes weekly restaurant reviews for Ireland’s leading independent hospitality guide and website, Georgina Campbell’s ireland-guide.com.

Jillian has worked as a text editor on several cookbooks and as a local editor for Zagat restaurant guides. She is a former editor of Abroad magazine, Backpacker and Munster Interiors as well as Arnotts Inside, which was awarded 2014 Customer Magazine of the Year by Magazines Ireland.

Her features regularly appear in Irish Tatler, Food & Wine Magazine and The Irish Independent and she also contributes to Image Interiors and The Irish Times. Jillian has written for Forbes Life Executive Women (USA) and won several awards for her travel writing, including JAMs Travel Writer of the Year 2013. She holds an honours degree in the Arts and her love of travel has seen her live in Australia, Sri Lanka, the USA and Germany. She lives in Dublin with her husband and three young children.