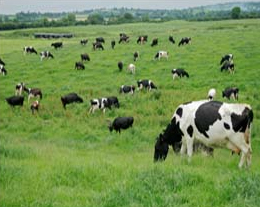 As the horsemeat scandal widens to include giant food labels like Nestle and the world’s biggest beef processor JBS, again we see food fraud happening not at farm level but at secondary processing level and the trade of ‘beef’ in a snakes and ladders game encompassing a global set of players.

In short, the DNA tests carried out in Ireland by the FSAI opened a Pandora’s box of food chain nightmares. As the crisis sucks in more countries, it may seem like vindication for the Irish beef sector but is of little value to us consumers, especially those who shop at the lower end of food budgets, relying on processed foods and ready meals as family staples. What the horsemeat scandal reveals is that Ireland’s food culture is a tale of two halves. At one end of the scale, ‘artisan’ meats like Aberdeen Angus rib eye and wild Irish game star on restaurant menus. Irish food has never been more vogueish. It is gushed over, photographed and blogged about on the 400-plus food blogs dedicated to Irish food alone.

On the other side of the Irish eating experience are the €1 fast food hamburger; the rashers that are retailing this week at €1 a pack; and the Tesco Everyday Value burgers that sold for €1.41 (17 cent for a burger) until the FSAI revealed that at least one of them contained as much as 29 per cent equine DNA.

As family income crashed in recent years, so did our grocery spend. While foodies shopped at classy delicatessens, award-winning butchers and farm gates, on the poor side of town, consumers flocked to the discounters and got their grocery spend down from €200 a week to €60. But chasing discounts wasn’t just confined to the poor: it became the way the grocery trade functioned in Ireland. Discounting and two for one offers were not just about family income: it became the tempo of what we felt food was worth. Cheap as chips and throwaway, or high-class and fetishised.

In a depressed marketplace, the Irish supermarkets engaged each other in aggressive price wars. Since 2005, food prices in the UK have increased by as much as 35 per cent. By comparison, prices in Ireland rose by only 3–4 per cent, despite the fact that prices in the euro area as a whole increased by 15 per cent. Consumers benefited and we trusted the food chain not to let us down. That trust was not to prove well-founded.

The FSAI’s initial DNA tests were conducted on ‘value’ frozen burgers and supermarkets’ own-brand ready meals. Did they know something that we didn’t?

What became evident was that the system broke down, not on Irish farms but at the secondary processing phase – where meat is ground for burgers, and mixed with beef trim, fillers and a wide range of ingredients for ready meals.

The original locus of the horsemeat scandal, Silvercrest Foods in Monaghan had a chain of at least three different suppliers involved in providing one single ingredient for the product. Exactly how many suppliers are involved in the production of one burger?

Is the price point simply too low to supply safe food? If not, is somebody creaming off the fat and who exactly are they?

Irish farmers get between 30 per cent and 40 per cent of the retail price of primary cuts of meat. They claim that there are three big operators in beef in Ireland – ABP, Kepak and Dawn Meats pay roughly the same prices for cattle despite being in competition.

In late 2012, just as the price of beef in Ireland was hitting a healthy €4 a kilo, it suddenly tailed off despite low supplies in the UK. This gave a 50 cent per kilo advantage on animals killed there. As our biggest export market is the UK, why were factories here paying around two hundred euro less on finished animals?

The lid needs to be lifted on the precise relationship between beef processors and supermarkets. Ironically, just as the horse-burger story broke, the UK government, on the recommendation of the Competition Commission, appointed their grocery ombudsman to monitor the behaviour of supermarkets.

Agriculture Minister Simon Coveney said this week that similar Irish legislation is expected this term. The same promise was made at an Oireachtas Committee on Agriculture four years ago, where I gave evidence on the need to bring in a body to police the unfair balance of power in the system. It wasn’t news then, like it isn’t now.

It is worrying that what began with cheap food has made its way up the ladder. Horse DNA was found in burgers made by ABP at Silvercrest/ABP for the Co-Operative supermarket in the UK, known for its attention to provenance. Does risky sourcing become a money-making trick as we move further up the chain?

The majority of Irish consumers are caught at the cheap end of the grocery business. It’s urgently clear that consumers need protection in the form of a supermarkets’ ombudsman. If this is not the time to introduce one, then when is?

This piece previously appeared in The Irish Independent as well as on Suzanne Campbell’s award-winning blog, basketcasetheblog.blogspot.ie, along with more writings on the horsemeat scandal and consequences of cheap food.